Don’t get me wrong, the MCU is probably the greatest thing that ever happened to the film industry, but for Spider-Man Ps4 its not so good. heres why:

In a Spidey game, players want the full experience of what it feels like and means to be Spider-Man. in the last  Spider-Man movie, Spider-Man: Homecoming, it was a Spider-Man centered story, but every fifteen seconds there was a nod to one of the other avengers, like a constant reminder that it is not only spider-man in the universe.

However, in Spider-Man Ps4, the world is a marvel world, and all of those characters exist, but not in the magnitude that they do in the MCU, leaving the stage complete for our friendly neighborhood web-head.

Being made into a movie licensed game is one of the worst start offs for a game. There was only about one good movie Licensed Spider-Man game and that was definitely Spider-Man 2 for the Ps2.

Since Spider-Man Ps4 is not a movie licensed game, it can focus more time on a story that is unique and not an extension of a movie but an extension of the fans who make it and want to play it. Movie licensed games often fail to capture the essence of what makes a game fun and immersive in order to focus on how much money they can make. and it is a good thing that Spider-Man Ps4 is not on that train.

The MCU is great.

Spider-Man Ps4 is great because it is not tied to the MCU but still acknowledges marvel characters and lore.

It is not held down by a movie license which gives it the ability to thrive as a true videogame.

Read Dead Redemption has been online for over a week now with lots of great reviews. Though one situation lays at the heart of the Red Dead Community’s biggest problem with the game. That is the Red Dead Online Economy Problem. Before Yesterday,  The games economy had been suffering due to the lack of reward for completing missions, and the high cost of weapons clothing, and upgrades. And since Red Dead Online Beta Launched, the community has given its fair opinion on selling a $30 real life gun for $1000 in game.

All this commotion over the economy has prompted many to find alternate ways of making the most money. Check out this article HERE to find out about how you can make the most out of the time you spend in Red Dead Online.

But Rockstar has been listening to its player-base. Many of the prices for weapons have gone down in cost by almost half of their original prices. Not only that, but the insurance cost for horses is no longer in gold, but in regular dollars.  Although the price is still somewhat high, it beats the gold standard by far.

Gold payment in missions has also gone up. players recieved .02 gold nuggets per showdown series and none per stranger mission. the only other way to obtain a good amount of gold was by ranking up and recieving periodic treasure maps holding good amounts of gold bars and cash.

The Red Dead Online Economy Problem has temporarily been solved though. There is no telling what the economy will be like and how balanced it will be when the gold store comes out.

Rockstar has supplemented this patch by giving “Reconciliation Payments”  in which players are given a sum of money, around $200 and around 15 gold bars which cover many expenses in the game.

With the money I received I was able to buy two new guns and some customization for them as well.

The Direction Rockstar is going seems to be completely opposite of other game developers. In an age where money is becoming the center of what developers want, it looks like Rockstar has made a turn for the better, prizing player experience overall.

With a setting as big as Ancient Greece, Ubisoft has a huge responsibility in making Assassin’s Creed Odyssey gameplay meet its status with such a vast era and location. Let’s take a look at how this is done! 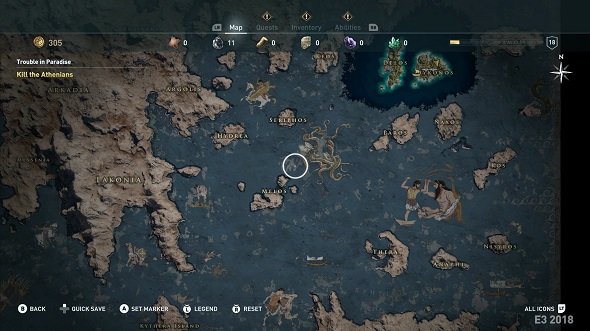 In Assassin’s Creed Odyssey we are taken to the height of Greek culture as we get to experience a vast open world in Ancient Greece. With a map size over half the size of its predecessor,  Assassin’s Creed Origin’s, There will surely be no shortage of fun and mystery to be a part of.

With a map as diverse as this, the gameplay in Assassin’s Creed Odyssey has a lot to live up to in terms of diversity. And thankfully diversity and the ability to be a Demi-God seem to be the names of the game. Even as you trail along the open seas, upgrades to your character and your ship are all meant to fit a play-style that YOU choose.

Check out the Latest in Assassin’s Creed Odyssey Gameplay:

The new Assassin’s Creed Odyssey gameplay looks like its going to be addicting!

How are SEO Prices Determined?

What is an 80 Lower Receiver?

How did Annie Gaybis get famous?

Stay up to date with the latest news

Thank You For Subscribing

This means the world to us!

Spamming is not included! Pinky promise.